Gentlemen of the Congress: It is with unaffected reluctance that I come to ask you to prolong your session long enough to provide more adequate resources for the Treasury for the conduct of the war. I have reason to appreciate as fully as you do how arduous the session has been. Your labours have been severe and protracted. You have passed a long series of measures which required the debate of many doubtful questions of judgment and many exceedingly difficult questions of principle as well as of practice. The summer is upon us in which labour and counsel are twice arduous and are constantly apt to be impaired by lassitude and fatigue. The elections are at hand and we ought as soon as possible to go and render an intimate account of our trusteeship to the people who delegated us to act for them in the weighty and anxious matters that crowd upon us in these days of critical choice and action. But we dare not go to the elections until we have done our duty to the full. These are days when duty stands stark and naked and even with closed eyes we know it is there. Excuses are unavailing. We have either done our duty or we have not. The fact will be as gross and plain as the duty itself. In such a case lassitude and fatigue seem negligible enough. The facts are tonic and suffice to freshen the labour.

And the facts are these: Additional revenues must manifestly be provided for. It would be a most unsound policy to raise too large a proportion of them by loan, and it is evident that the four billions now provided for by taxation will not of themselves sustain the greatly enlarged budget to which we must immediately look forward. We cannot in fairness wait until the end of the fiscal year is at hand to apprise our people of the taxes they must pay on their earnings of the present calendar year, whose accountings and expenditures will then be closed. We cannot get increased taxes unless the country knows what they are to be and practices the necessary economy to make them available. Definiteness, early definiteness, as to what its tasks are to be is absolutely necessary for the successful administration of the Treasury: it cannot frame fair and workable regulations in haste; and it must frame its regulations in haste if it is not to know its exact task until the very eve of its performance. The present tax laws are marred, moreover, by inequities which ought to be remedied. Indisputable facts, every one; and we cannot alter or blink them. To state them is argument enough.

And yet perhaps you will permit me to dwell for a moment upon the situation they disclose. Enormous loans freely spent in the stimulation of industry of almost every sort produce inflations and extravagances which presently make the whole economic structure questionable and insecure and the very basis of credit is cut away. Only fair, equitably distributed taxation, of the widest incidence and drawing chiefly from the sources which would be likely to demoralize credit by their very abundance, can prevent inflation and keep our industrial system free of speculation and waste. We shall naturally turn, therefore, I suppose, to war profits and incomes and luxuries for the additional taxes. But the war profits and incomes upon which the increased taxes will be levied will be the profits and incomes of the calendar year 1918. It would be manifestly unfair to wait until the early months of 1919 to say what they are to be. It might be difficult, I should imagine, to run the mill with water that had already gone over the wheel.

Moreover, taxes of that sort will not be paid until the June of next year, and the Treasury must anticipate them. It must use the money they are to produce before it is due. It must sell short time certificates of indebtedness. In the autumn a much larger sale of long time bonds must be effected than has yet been attempted. What are the bankers to think of the certificates if they do not certainly know where the money is to come from which is to take them up? And how are investors to approach the purchase of bonds with any sort of confidence or knowledge of their own affairs if they do not know what taxes they are to pay and what economies and adjustments of their business they must effect? I cannot assure the country of a successful administration of the Treasury in 1918 if the question of further taxation is to be left undecided until 1919.

The consideration that dominates every other now, and makes every other seem trivial and negligible, is the winning of the war. We are not only in the midst of the war, we are at the very peak and crisis of it. Hundreds of thousands of our men, carrying our hearts with them and our fortunes, are in the field, and ships are crowding faster and faster to the ports of France and England with regiment after regiment, thousand after thousand, to join them until the enemy shall be beaten and brought to a reckoning with mankind. There can be no pause or intermission. The great enterprise must, on the contrary, be pushed with greater and greater energy. The volume of our might must steadily and rapidly be augmented until there can be no question of resisting it. If that is to be accomplished, gentlemen, money must sustain it to the utmost. Our financial programme must no more be left in doubt or suffered to lag than our ordnance programme or our ship programme or our munitions programme or our programme for making millions of men ready. These others are not programmes, indeed, but mere plans upon paper, unless there is to be an unquestionable supply of money.

That is the situation, and it is the situation which creates the duty, no choice or preference of ours. There is only one way to meet that duty. We must meet it without selfishness or fear of consequences. Politics is adjourned. The elections will go to those who think least of it; to those who go to the constituencies without explanations or excuses, with a plain record of duty faithfully and disinterestedly performed. I, for one, am always confident that the people of this country will give a just verdict upon the service of the men who act for them when the facts are such that no man can disguise or conceal them. There is no danger of deceit now. An intense and pitiless light beats upon every man and every action in this tragic plot of war that is now upon the stage. If lobbyists hurry to Washington to attempt to turn what you do in the matter of taxation to their protection or advantage, the light will beat also upon them. There is abundant fuel for the light in the records of the Treasury with regard to profits of every sort. The profiteering that cannot be got at by the restraints of conscience and love of country can be got at by taxation. There is such profiteering now and the information with regard to it is available and indisputable.

I am advising you to act upon this matter of taxation now, gentlemen, not because I do not know that you can see and interpret the facts and the duty they impose just as well and with as clear a perception of the obligations involved as I can, but because there is a certain solemn satisfaction in sharing with you the responsibilities of such a time. The world never stood in such case before. Men never before had so clear or so moving a vision of duty. I know that you will begrudge the work to be done here by us no more than the men begrudge us theirs who lie in the trenches and sally forth to their death. There is a stimulating comradeship knitting us all together. And this task to which I invite your immediate consideration will be performed under favourable influences if we will look to what the country is thinking and expecting and care nothing at all for what is being said and believed in the lobbies of Washington hotels, where the atmosphere seems to make it possible to believe what is believed nowhere else.

Have you not felt the spirit of the nation rise and its thought become a single and common thought since these eventful days came in which we have been sending our boys to the other side? I think you must read that thought, as I do, to mean this, that the people of this country are not only united in the resolute purpose to win this war but are ready and willing to bear any burden and undergo any sacrifice that it may be necessary for them to bear in order to win it. We need not be afraid to tax them, if we lay taxes justly. They know that the war must be paid for and that it is they who must pay for it, and if the burden is justly distributed and the sacrifice made a common sacrifice from which none escapes who can bear it at all, they will carry it cheerfully and with a sort of solemn pride. I have always been proud to be an American, and was never more proud than now, when all that we have said and all that we have foreseen about our people is coming true. The great days have come when the only thing that they ask for or admire is duty greatly and adequately done; when their only wish for America is that she may share the freedom she enjoys; when a great, compelling sympathy wells up in their hearts for men everywhere who suffer and are oppressed; and when they see at last the high uses for which their wealth has been piled up and their mighty power accumulated and, counting neither blood nor treasure now that their final day of opportunity has come, rejoice to spend and to be spent through a long night of suffering and terror in order that they and men everywhere may see the dawn of a day of righteousness and justice and peace. Shall we grow weary when they bid us act? 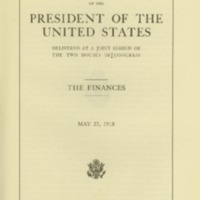